Flight of the Knife 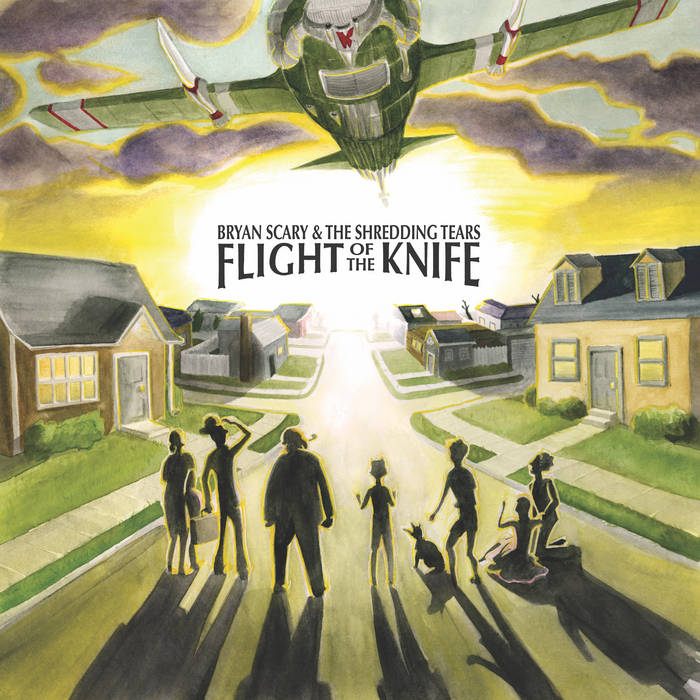 solobod0r I recall hearing a couple of tracks from this album years ago and going back this year to hear it in its entirety was the best things i could have done this year .. this album is such an inspiration to me and its universe pushed me to want to create more and more. Favorite track: Son of Stab.

musicalmelon Such a whimsical album! The art is beautiful and I just love all the connections to flying. It is so hard to choose a favorite, so I stuck with the one that started it all for me :) Favorite track: Venus Ambassador.

Yossi Levanon probably the most underrated artist in the world; I can hardly believe I'm the only Bandcamp member supporting this excellent album... Favorite track: Imitation of the Sky.

The recorded debut of Scary's touring band, The Shredding Tears, crafted with producer Brian McTear in Philadelphia. Inspired by Pynchon's "Against the Day," the album tells tall tales of airships and innocence lost, bookended by the legend of Airship Valentine. 'Twas released on Black & Greene Records in 2008. "Find your own way to The Knife."

Being a biography of an artist written by the artist. The artist's bio: applause, applause. And accordingly, the artist dies at the end. The End.

Bandcamp Daily  your guide to the world of Bandcamp